Topic: Bringing back the past through Landscape Architecture

What: In 1864, Shimla was declared as the summer capital of British India. The climatic conditions attracted the British to establish the city in the dense forests of Himalayas. Now Shimla is one of the biggest tourist attractions in India, where there are a lot of Heritage buildings, which very few people know about.

In this project a walking path was created for tourists through landscape, urban elements and architecture to explore these heritage buildings including UNESCO World Heritage site of Vicregal Lodge. The greenery of nature was brought back to the now commercial city.

First phase was identifying this path and the elements of past that could be brought back to present by solving one problem of “overpopulated commercial shimla” which lacked the dense greenery of past.

Second phase was creating a Four fold agenda to solve the problems. 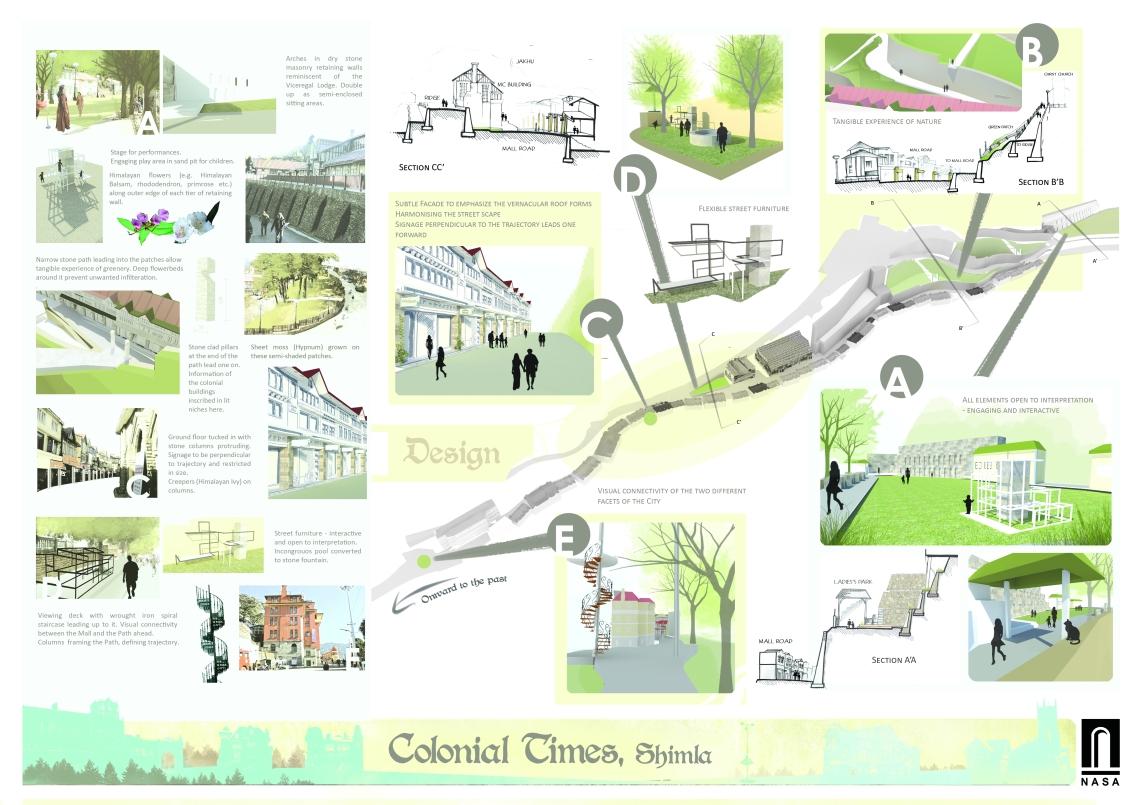